Mental Health Is A Positive Term, Not A Negative One

Written by Tim Daniels
Published on 19th May 2020 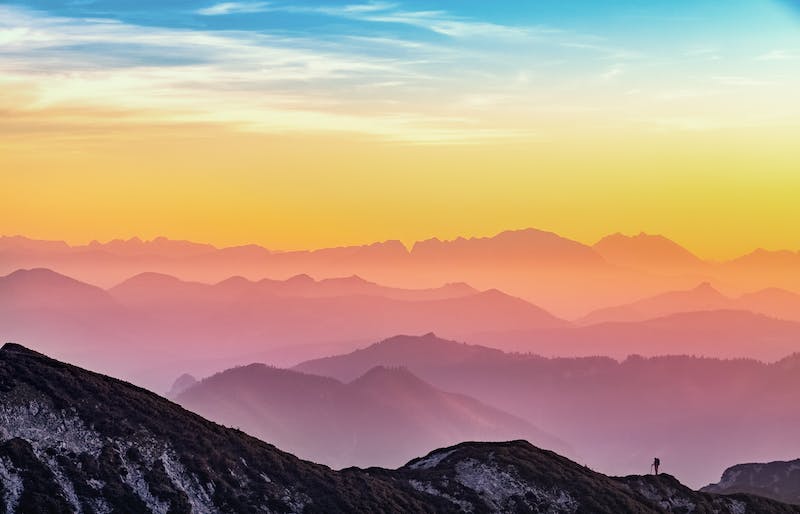 What do you think of when you hear the term “mental health”? Do you think of depression and anxiety? Of eating disorders, and psychological trauma? Of self-harm and suicide?

Or do you think about being well rested, being productive in your daily tasks and being able to manage the stresses and anxieties of your daily life?

There remains a challenge and a disconnect with the negative sentiment that can surround the phrase “mental health”, and as we celebrate Mental Health Awareness Week in the UK, it seems an appropriate time to restate the need to approach mental health not just with open arms and open minds, but with excitement and enthusiasm.

The challenging history of mental health

Mental health is by no means a new phenomenon, although has quite the coloured history.

As far back as 6500BC, supernatural theories attribute mental illness to demons, curses and sins stuck within the brain. As covered in Richard Restak’s ‘Mysteries of the Mind’, the only way to release these evil spirits involved a drill and a skull, and not too much imagination.

In fact, supernatural theories as explanation for people’s abnormal behaviour would prevail through many historical eras, from the Egyptians through to the Middle Ages. Witch hunting, where mentally ill women were deemed possessed and burned at the stake, didn’t decline until as late as the 18th century.

Other explanations and theories have been popularised too. Around 2700BC, Chinese medicine considered the concept of complimentary bodily forces (“yin” and “yang”), attributing any imbalance to mental and physical illness.

Hippocrates, in around 400BC, proposed separating religion and superstition from medicine, by defining essential bodily fluids (such as blood) as responsible for mental and physical illness. He didn’t believe mental illness was shameful, nor individuals should be accountable for their behaviour. In fact, ancient Greeks believed that physical and mental health were interrelated.

By the 1900s, treatment methods had at least started to change for the better, as fields of psychology and neurology provided alternative explanations for mental illnesses. Nonetheless, mental health remained poorly understood both clinically and within society, and a person with mental illness would often be heavily stigmatised, and categorised by their illness alone. Mental health was arbitrary — you either had a mental illness, or you didn’t.

An evolution of definitions

Fortunately, as the science matures, our understanding has increased and allowed the definition to evolve, too.

The WHO, perhaps the most senior organisation to turn to, now defines mental health as:

A state of well-being in which an individual realises his/her own potential, can cope with the normal stresses of life, can work productively and fruitfully and is able to make a contribution to his/her community.

A more holistic view of our mental health

The WHO definition opened my eyes to what mental health really is about. Mental health encompasses so many of the core components of our daily lives. It’s holistic. It’s also the total opposite of the binary outputs that once defined it — either having or not having a mental illness.

Realising our own potential calls on aspects like our education, experience and determination to succeed. Productivity is not just an output of how organised we are, but a product of what we do when we’re not trying to be productive — like being well rested and sleeping well. Contributing to our community is our capacity to give back, to feel altruistic in our interactions with others.

The definition paves the way for mental health becoming front and centre of everything we should strive for, and build our lives around. It’s inspiring and motivational, and places equal grounding alongside our physical health in contributing to our wellbeing.

Taking the right path to the future

Re-educating people on Mental Health is a timely but tough challenge. While researching this article, I googled “what is mental health?”. My first hit was the Mental Health Foundation, the organisation behind this week’s Mental Health Awareness Week in the UK. I read the opening sentence of their “What is Mental Health?” section:

Being mentally healthy doesn’t just mean that you don’t have a mental health problem.

It seems the scar of the past remains but won’t quite go away. We should no longer be stuck with the notion of mental health being about ‘not’ having a mental health issue or illness, rather than the many other positive notions it can represent. Being physically healthy has associations of exercise, nutrition and balanced way of life — not being devoid of illness.

Of course, it would be remiss not to get past their opening sentence, as the full definition is thorough and encompassing, and is testament to the superb work the Mental Health Foundation and others do in promoting the importance of mental health. But it does show we are still a society in transition, and embracing a full holistic view of mental health will take time.

A week to cherish and take forward

This week in particular offers a chance to learn, absorb and think about our own mental health. It’s not just about opening up about our feelings, but opening our minds to all the areas of our daily lives that impact our overall mental wellbeing.

I wrote previously about how nature can help our mental health, as it’s one incredibly powerful and available source that can help us to improve our overall wellbeing.

Suitably, this week’s theme for Mental Health Awareness Week is ‘kindness’. It’s a perfect reminder that it’s not just our own mental health to consider, but helping those all around us too.